King Godverse's current look is very different from his true look (The one with which it was created in the beginning). King Godverse can change his appearance any time. Although actually speaking of "appearance" for King Godverse is not correct since it can exist in any form and none at the same time, but that said, he particularly appreciates appearing and having an appearance. It is said that KG exists in a supreme transcendent source other than their avatars, this design is argued to be too complex and unimaginably perfect, maybe it doesnt even have an image, its presence is enough.

The mental attributes of Koavire are both limitless and infinite. He may understand and process all levels of intellect and is infinitely superior to most beings of Godverse. Unlike Queen Godverse, the king has little to no

The physical attributes of King Godverse, when he chooses to have physical form, are both limitless and completely infinite in nature. He may define his own infinite however he wishes and counteract those who say otherwise. He is impervious to all forms of damage, harm, restriction, imprisonment, and any other forms of harm. As per his ability to deny any concept of harm.

King Godverse is beyond dimensions and dimensional measurements. Able to “think” as an Abstraction and contradiction to existence. Its mentality is total speculation and is unable to be perceived or explained through any rational means. Koavire essentially interacts with lower dimensions for no reason whatsoever.

King Godverse is thought to be unbeatable due to his ability to be conceptually absolute in most regards. He chooses how any and all concepts work and affect him, forcing them to abide by his  personal laws of functionality.

The figure of Koavire naturally commands the basic principles of luck and probability to absolutely work in his favor. This fundamentally transcends simple probability manipulation to an illogical level that most label as impossible. Impossibly lucky things to tend to happen always in the favor of King Godverse. All tries and attempts automatically succeed in Koavires's favor and the opposing side is faced with the absolute worst of any outcome in any given scenario, keep in mind this renders something that's considered impossible odds, to happen with a certainty.

King Godverse has complete control over most aspects of the Godverse and its concepts. He may re-assign divinity with support of QG and control the conceptual existence of the entire fictional verse. Most of everything below her is subjective to her reasoning and thought. She may go beyond logic to achieve her own results and whims. Even going as far as to rearrange the cosmology and basic function of Godverse.

King Godverse has access to all abilities, knowledge, attributes, and experiences of everyone in Godverse. He may utilize many if not all powers of all who are below him  in the list. He could use the skills or knowledge of anyone she desires while taking great care to ensure she isn’t affected mentally by their influences.

If you want to draw, leave your picture in the comments section. 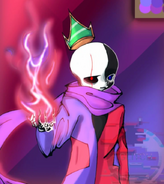 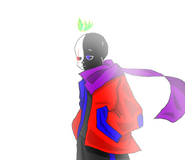 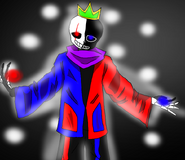 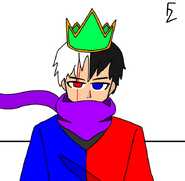 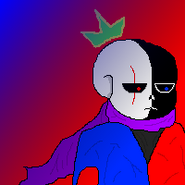 Art by ChArZm1t3 on Fandom 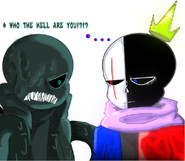 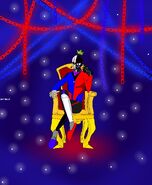