"I shall crush you in merely seconds! And the world will witness the true power of the monster you have created"

Omni-Broken is a being created by Beyond!Gaster after the destruction of their home by an unknown being. Omni-Broken was a prototype created to originally be Eternal but was ultimately unfinished as when he was created, his body became so unbelievably unstable that it created a huge explosion that ripped him apart. Gaster, believing that his experiment failed, decided to make it a burial as a sign of respect and tragedy, since even to this day, Gaster feels the guilt of his failure. However, what Gaster didn’t know was that his creation was still alive, broken and having lost its memories but still alive.

In order to survive, the Omni-Broken had to start absorbing beings into himself at a rapid rate. Seeing as if he didn't, he would not have lasted long in this universe. Not long after Omni-Broken seemed to have absorbed enough beings to the point where he could start to walk and talk, he came upon a large bird known as Tenkurai, the Demon Bird of the Sky. When asked, he was attacked by a group of savages. Seeing the beast, Omni-Broken decided to help it by creating an orb of death that sucked the life out of the savages, instantly killing them. As he checked on the giant bird, who at first was scared of Omni-Broken but began to trust him after healing their wounds, the beast offered itself as a source of power that would merge with Omni-Broken, making him stronger.

Seeing no problem, he accepted the deal and gained only 2/10 of its power while in his base form. As omni-broken continued to travel, he eventually developed the ability to open portals between universes, dimensions, and timelines. As he left the place he had spent so much time in, he decided to explore the universe and see what was out there. After being around the multiverse for a while, Omni-Broken started to regain parts of his memory, which led him to think, Beyond!Gaster abandoned him when he was created.

According to most accounts, Omni Broken!Sans is a lunatic intent on vengeance and devastation. Only a few people are standing in his way. Omni Broken!Sans is rather manipulative and ruthless, viewing only a few individuals worthy of his respect or friendship, such as Tenkurai, whom Omni Broken!Sans regards as his best friend and sole ally. In battle, Omni Broken!Sans is an excellent strategist who may be difficult to outwit on his own. When faced with a difficult conflict, he seeks guidance from a book titled The Art of War. He frequently finds amusement in terrible movies or cruel material that would make a normal person sick, especially when the main character becomes evil or is betrayed as the villain. It's really satisfying to see how the people in question appear.

He has shown mercy on a few occasions, most notably when attempting to persuade other members of his family to join his army. He has no interest in getting a date, nor does he wish for one, because he considers such things to be a waste of time, and he does not have the time to worry about it. Omni Broken!Sans can be a little foolish in that he has the least amount of understanding about certain topics, such as monopoly, where he frequently throws the board at his opponent upon losing. Beyond!Gaster is one of the issues that Omni Broken!Sans possesses. Gaster despises himself to the point of hatred. But regardless, to this day, he retains a great bond to his father

Info: Too be added.

Info: Full Possession Mode is a state in which Omni-Broken can activate upon giving Tenkurai full control over his body for a limited amount of time. However, his powers are fully unleashed during this time and can increase the longer he fights, as Tenkurai is growing stronger and stronger the more his body fights and adapts to his opponents. This also increased their other powers, abilities, and upgraded their weapons.

Omni Broken!Sans appears to weak to mind attacks or mind manipulation, this was demonstrated while he was under the influence of Corrupted!Toriel, even if it was just for a short while. 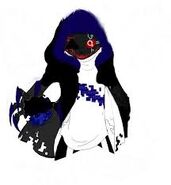 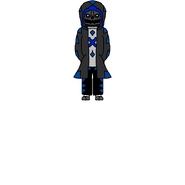 art by JGB_
Community content is available under CC-BY-SA unless otherwise noted.
Advertisement